Sustainable Bus Award is the first and only European award that acknowledges sustainability in the field of buses and coaches. It mustn’t be considered just a prize to the ‘greener’ bus.

Actually, Sustainable Bus Award is based on a cross-cutting idea of sustainability, intended as the ability to establish a positive image of the vehicle to the eyes of the general public.

Several aspects can come into play, such as safety, comfort, noise, recyclability of components and the general environmental commitment of the manufacturer.

Sustainable Bus Award is an award that aims at pushing the boundaries of what has been done so far in the bus and coach industry, in terms of consumptions, emissions and cost-benefit ratio.

The prize goes beyond the restricted and specialized group of engineers active in the field, it reaches out to the general public with the aim of becoming understandable to everyone.

The Sustainable Bus Award was launched in 2016 and was delivered during the Award Night of Busworld Europe in 2017 and during IAA Hannover Commercial Vehicles in 2018. 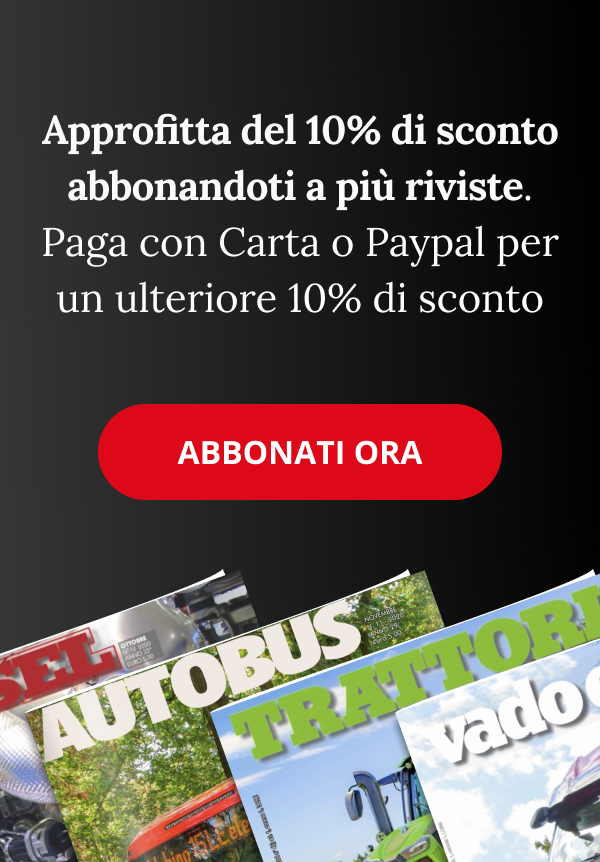 Tractor of the Year is an international award that yearly a group of independent journalists – specialized in agricultural mechanization – assigns to the best tractor in the European market. The international jury is composed by 26 editorial projects including all kind of media such as paper ma...
Sustainable Truck of the Year is the award born in 2016 based on the Sustainability Index introduced in 2015 by the Vado e Torno magazine. An index that through a percentage, easy to understand, measures the sustainability of any transport vehicle. Both the Index and the sustainability award are not...
The Diesel of the year award was launched on the eve of Stage IIIa. The electronics are just around the corner and it’s going to be a must. Research and development in the engine industry has always been the main driver of innovation. And ‘innovation’ has become the key word for awarding the unique ...

This website uses cookies to improve your experience while you navigate through the website. Out of these cookies, the cookies that are categorized as necessary are stored on your browser as they are essential for the working of basic functionalities of the website. We also use third-party cookies that help us analyze and understand how you use this website. These cookies will be stored in your browser only with your consent. You also have the option to opt-out of these cookies. But opting out of some of these cookies may have an effect on your browsing experience.
Necessary Sempre abilitato
Necessary cookies are absolutely essential for the website to function properly. These cookies ensure basic functionalities and security features of the website, anonymously.
Functional
Functional cookies help to perform certain functionalities like sharing the content of the website on social media platforms, collect feedbacks, and other third-party features.
Performance
Performance cookies are used to understand and analyze the key performance indexes of the website which helps in delivering a better user experience for the visitors.
Analytics
Analytical cookies are used to understand how visitors interact with the website. These cookies help provide information on metrics the number of visitors, bounce rate, traffic source, etc.
Advertisement
Advertisement cookies are used to provide visitors with relevant ads and marketing campaigns. These cookies track visitors across websites and collect information to provide customized ads.
Others
Other uncategorized cookies are those that are being analyzed and have not been classified into a category as yet.
Salva e accetta
Powered by